FREE delivery to parcel terminal for orders from 29€

The chaga elixir has strong anti-inflammatory potential, as its ingredients have that effect individually. However, until further research into their combined effect as an elixir, we’ll treat it as a food supplement only. Here are some research pointers on individual ingredients.

When it comes to bacteria, chaga is most effective against Staphylococcus aureus and Bacillus cereus. However, Listeria monocytogenes, Escherichia coli, and Enterobacter cloacae are receptive to its effects. Among fungi, chaga works well against Trichodermaviride — less so against Aspergillus niger and Aspergillus fumigatus. (Glamoclija J et al 2015).

The apparent ability to suppress cancerous growths and mutation-causing factors is linked to the presence of melanin in chaga. Melanin participates in repairing DNA defects, is an electron acceptor in the respiratory chain, and a radiation protector (Britton B 1986).

Polysaccharides, too, contribute to the anti-cancer mechanism — they directly attack cancer cells. Another contribution is the indirect activation of the immune system by endopolysaccharides (Mizuno T et al 1996).

Sea buckthorn (Hippophaë rhamnoides) has been used in traditional medicine over many generations before us. Our ancestors knew sea buckthorn as a remedy that increased blood circulation, cured asthma, diabetes and peptic ulcers. Its anti-inflammatory effects are also well known.
Read More
Close

Sea buckthorn (Hippophaë rhamnoides) has been used in traditional medicine over many generations before us. Our ancestors knew sea buckthorn as a remedy that increased blood circulation, cured asthma, diabetes and peptic ulcers. Its anti-inflammatory effects are also well known.

Nowadays, many of sea buckthorn’s positive features have been scientifically confirmed. The berries are famous for their high vitamin C content. Curiously, these berries do not contain ascorbinase, which breaks down ascorbate – this is why sea buckthorn is packed with vitamin C. In rough growth conditions, several nutrients, including vitamin C, appear in higher concentrations compared to berries growing in warmer climate. Meaning the berries grown in Estonia are especially salutary (Krejcarova J et al 2015).

The effect of sea buckthorn is mostly tied to improving the efficiency of the organism’s own immune system. A strong immune system provides the body with a universal resistance mechanism to fight off diseases. It is important to note that sea buckthorn has also been inspected to expose any possible side effects but the results are overwhelmingly positive, confirming that there are no unpleasant side effects (Wen P et al 2018).

Honey contains more than 200 chemical compounds and has many health benefits. The main compounds in honey are unrefined fructose, glucose, and water. Others include vitamins C, D, and E, calcium, iron, sodium, potassium, magnesium, and plant-based bioactive compounds.

Among bioactive compounds, honey is a source of organic acids (e.g. malic acid and oxalic acid), hormones, enzymes, and essential oils. Science has observed the following health benefits in honey:

In cell cultures, honey has also been shown to boost the number of T- and B-lymphocytes, antibodies, eosinophils, neutrophils, and monocytes (Timm M et al 2008). This, in turn, boosts the body’s ability to resist disease.

The anti-inflammatory effect of aloe (Aloe arborescensis) has been known since antiquity. In modern times, you’ll often see aloe being used to treat skin inflammation. This aloe species has also been linked to immunomodulation and has an effect on lymph cells.
Read More
Close

The anti-inflammatory effect of aloe (Aloe arborescensis) has been known since antiquity. In modern times, you’ll often see aloe being used to treat skin inflammation. This aloe species has also been linked to immunomodulation and has an effect on lymph cells.

Aloe’s anti-inflammatory effect is thought to stem from the activation of complement mechanism in the immune system, and from boosting the mitogenic activity of lymphocytes (Imanishi KI 1993). Other active anti-inflammatory components in aloe include aloenin, barbaloin, aloe-emodin, beta-sitosterol, and a mixture of straight-chain higher alcohols (Yamamoto MM et al 1991).

An interesting compound in aloe leaves is aloctin A. It has several functions, among them an effect on lymph cells (Imanishi K, 1993).

Inflammation is often caused by bacteria and fungi. Research has shown pine oil (from Pinus sylvestris) to have a suppressive effect against both. (Motiejunaite O and Peciulyte D. 2004).
Read More
Close

Inflammation is often caused by bacteria and fungi. Research has shown pine oil (from Pinus sylvestris) to have a suppressive effect against both. (Motiejunaite O and Peciulyte D. 2004).

The antifungal effect of pine buds is mainly explained by the presence of pinosylvin and its monomethyl ether (PMME) (Hovelstad H et al 2006).

The polyphenylpropanoid polysaccharide complex in pine buds is thought to be a factor in stimulating the immune system (Bradley WG et al 2014).

Traditional healers use yarrow (Achillea millefolium) in treating rheumatism, muscle pain, and wounds. This plant contains 120 chemical compounds and its antimicrobial effect is confirmed by science.

Yarrow has been a staple in folk medicine since prehistoric times. It was mainly used to treat inflammation, wounds, and as a painkiller. Later, healers have turned to yarrow to treat gynaecological and digestive-tract disorders, as well as viral and bacterial inflammations. The long list includes many organ systems and diseases related to them (Fabricant DS et al 2001).

For treating inflammations, yarrow contains flavonoids which have an effect on prostaglandins. Another anti-inflammatory compound is azuline. Human trials have shown that orally taking matricin (a compound in yarrow) increased the anti-inflammatory potential in blood (Ramadan et al 2006).

In animal trials, where yarrow was added to food, it improved the body’s immune response (Yakhkeshi S et al 2012). One potential contributor here is achillinin A, a member of the guiaianolide family of componds (Yong L et al 2011).

Our partners for R&D are BioCC in Estonia and Eurofins Scientific in Germany.

BioCC is an internationally known and recognized competence centre for the development of functional food, food supplements and feed additives and released internationally recognized products in these sectors that situates in Tartu, Estonia.

Eurofins Scientific through its subsidiaries believes it is the world leader in food, environment and pharmaceutical products testing and in agroscience CRO services. Our cooperation partner is Eurofins in Germany.

It is also one of the global independent market leaders in certain testing and laboratory services for genomics, discovery pharmacology, forensics, advanced material sciences and for supporting clinical studies. In addition, Eurofins is one of the key emerging players in specialty clinical diagnostic testing in Europe and the USA. With over 45,000 staff in more than 650 laboratories across 45 countries, Eurofins offers a portfolio of over 150,000 analytical methods for evaluating the safety, identity, composition, authenticity, origin and purity of biological substances and products, as well as for innovative clinical diagnostic. The Group objective is to provide its customers with high-quality services, accurate results on time and expert advice by its highly qualified staff.

​This site reflects the views of the author. The managing authority of the programme is not liable for how this information may be used. 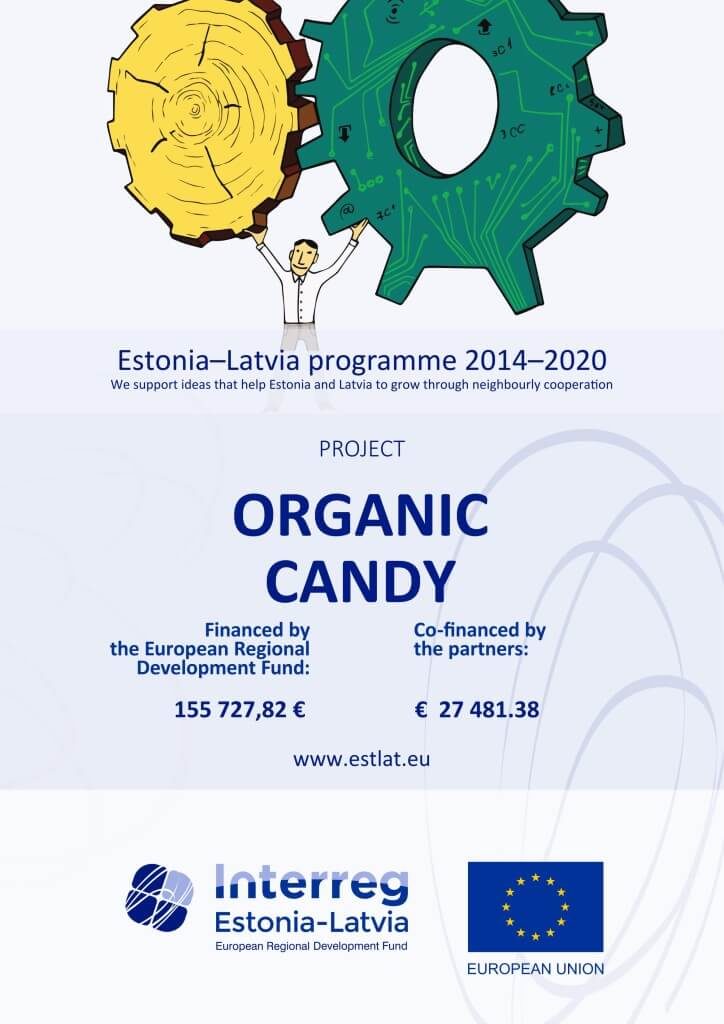 ​
This site reflects the views of the author. The managing authority of the programme is not liable for how this information may be used.
Go to Top
We use cookies to ensure that we give you the best experience on our website. If you continue to use this site we will assume that you are happy with it.OKRead more